The SA Bullion Gold Report Fourth Quarter 2020   Analyst: Hilton Davies Date: 15 JANUARY 2020 GOLD PRICE ACTION   Gold in Dollar had a flat Fourth Quarter of 2020, with a V-shaped dip and recovery in late-November to early-December. Due to significant Rand strengthening in the quarter, Gold in Rand performed very poorly … Continued 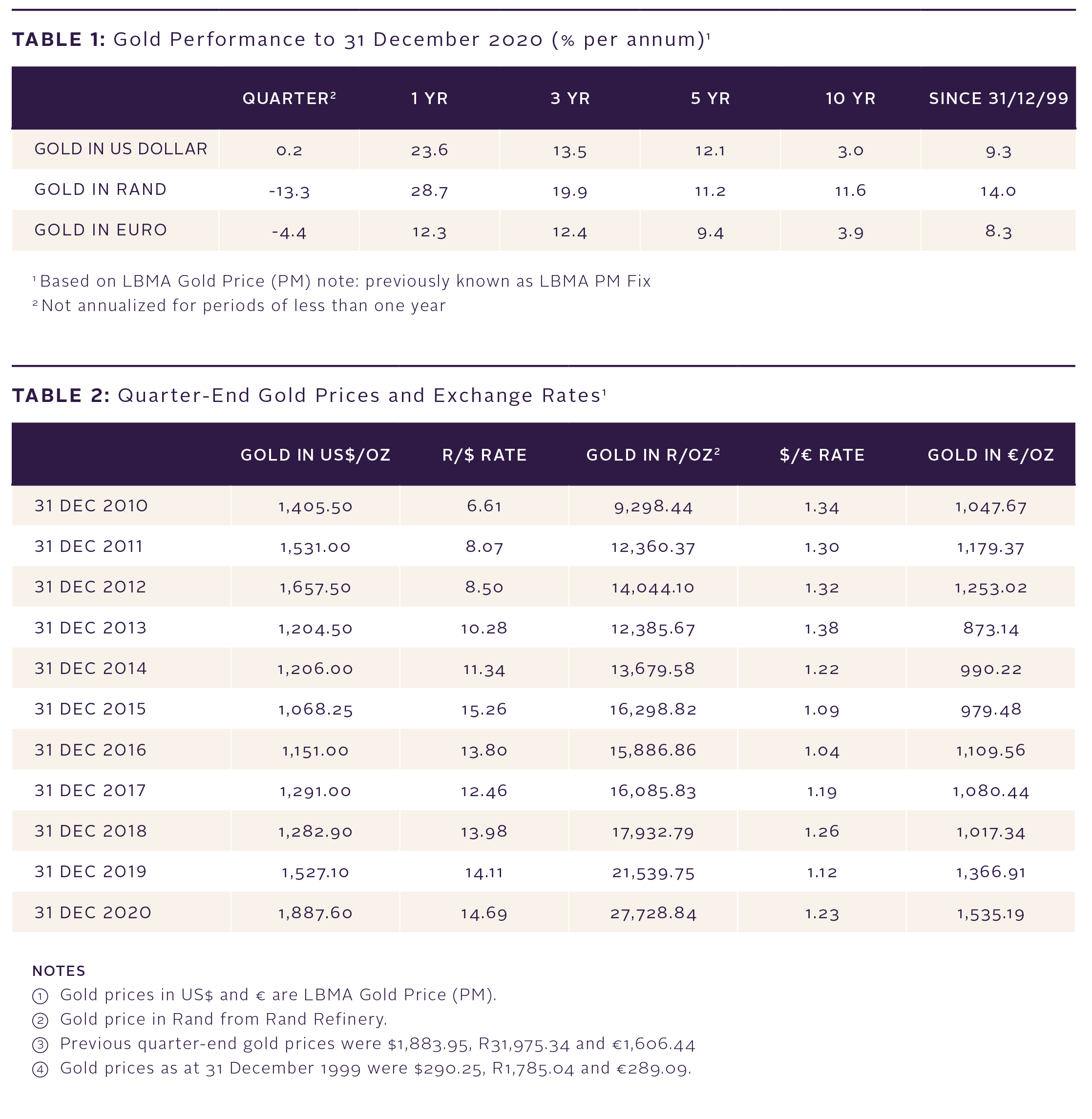 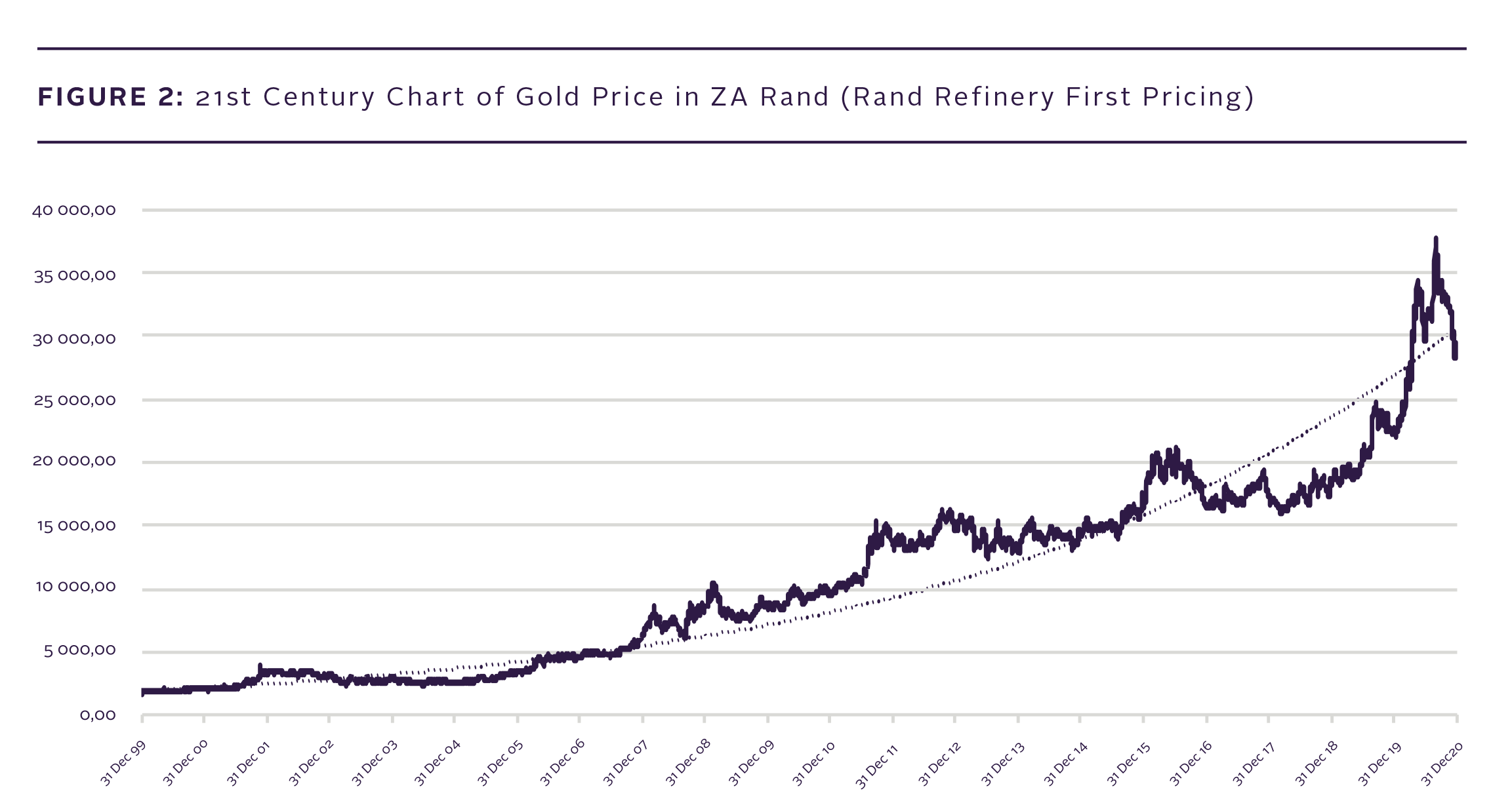 Gold in Dollar had a flat Fourth Quarter of 2020, with a V-shaped dip and recovery in late-November to early-December. Due to significant Rand strengthening in the quarter, Gold in Rand performed very poorly at -13.3%.

The longer-term picture of gold as contained in the above data tables has been excellent over virtually any period and in virtually any currency.

In a few weeks’ time the voters of the United States go to the polls in what are the most consequential elections in a lifetime. If ever there was a time that we should perhaps speculate in the political realm and put forward our best guesses, it must surely be now at this time.

This is essentially an essay in politics, and we do not care whether people are conservative or liberal, we ‘call it as we see it’. And then we offer our best guess scenarios into the future.

“The most reliable means to a good life for ordinary people remains the presence of institutional incentives in the form of dependence on a big coalition that compels power-seeking politicians to govern for the people. Democracy, especially with little or no organized bloc voting, aligns incentives such that politicians can best serve their own self-interest, especially their interest in staying in office, by promoting the welfare of a large proportion of the people. That, we believe, is why most democracies are prosperous, stable and secure places to live.”

Prosperous countries do not evolve into democracies. It is democratic political systems that enable countries to become prosperous.

This is a general rule and it is a good rule, but similarly to a good medicine, it will work most of the time, but not all of the time.

Democracies become prosperous because the leader’s coalition (all those voters that got him or her into power) is so large that it is not possible to buy loyalty through private rewards and so the emphasis is to spend money on general welfare as the best means to reward coalition supporters. Conversely, dictators look after only a few individuals – the ruling elite.

Democracy is usually the best political system for that vast majority of people who are not in the ruling class. In democracies the majority become unshackled and able to thrive without the constraints of bribery, corruption and fickle dictates. But democracy does not come easily, and it takes a huge amount of effort to protect and maintain. It is extremely difficult to establish, it is immensely valuable, and it is terribly fragile.

In the four years that Donald Trump has been president of the most powerful democracy on Earth he has done untold damage to the political system. Furthermore, he has caused untold damage to innumerable democracies around the world (e.g. Britain, France, Hungary, Brazil, Mexico, the European Union) and he has sent out a strong message of support to dictators around the world (e.g. Putin, MBS, Kim Jung-un).

The election of a liar, a cheat, a sexual scandalizer – was unlikely to bode well for America. As it was in South Africa with Jacob Zuma. These two men are of extremely meagre moral quality and that they would both cause staggering damage comes as no surprise to us.

America is sick and it is broken. And the world and its people are much poorer for the reign of Trump. But it could so easily have been much, much worse.

Trump and Zuma illustrate the point – there is every reason in the world to have some of your savings in physical gold bullion, and preferably outside of your national borders.

We thank you for your patronage in 2020 and wish you health and happiness in 2021.