Gold vs Global assets in 2018. We believe that in 2019 global investors will continue to favour gold as an effective diversifier and hedge against systemic risk. The Price Drivers for Gold wealth and economic expansion market risk and uncertainty opportunity cost  momentum and positioning. As a consumer good and long-term savings vehicle, gold … Continued 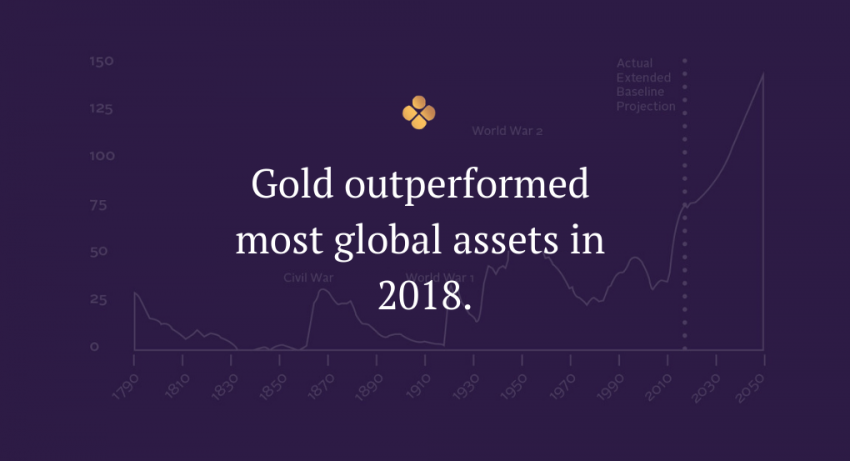 Gold vs Global assets in 2018. We believe that in 2019 global investors will continue to favour gold as an effective diversifier and hedge against systemic risk.

The Price Drivers for Gold

In the short and medium term, however, the level of rates or the relative strength of currencies, as well as investor expectations, can either enhance or dampen gold’s performance.

First, despite the recent market correction, many stock valuations remain elevated, especially in the US, after almost a decade of almost uninterrupted price appreciation. Yet bond yields remain stubbornly low (Chart 3). Even in the US the 10-year Treasury yield is 1.5% below its 2008 pre-Lehman crisis level, providing investors less cushion in case of further market volatility. Indeed, volatility metrics have begun to creep up, with the VIX jumping from an average of 13 in Q3 2018 to an average of 21 in Q4.

Second, while European growth has recovered from the aftermath of the sovereign debt crisis it has failed to reach the level of the US economy, making it more vulnerable to shocks – and explaining why Europeans have been adding gold to their portfolios steadily since early 2016. Today, Europe is facing major challenges. The most obvious is Brexit. Not only has it imposed a continuous level of unease among investors, but its timing and implications – both for the UK and for continental Europe – are best left to diviners. What is certain, however, is that clarity will not come any time soon. In addition, continental Europe continues to face internal turmoil. France is grappling with social unrest; Spain is fending off secessionism and fragile political alliance, and Italy’s populist government continues to highlight the inherent instability of the monetary union – to name just a few.

Third, more and more governments around the world seem to be embracing protectionist policies as a counter movement after decades of globalization. And while many of these policies can have a temporary positive effect, there are longer term consequences that investors will likely grapple with in the coming years; for example, higher inflation. Protectionist policies are inherently inflationary – either as a result of higher labour and manufacturing costs, or as a result of higher tariffs imposed to promote local producers over foreign ones. They are also expected to have a negative effect on long-term growth. And although so far investors have taken some of the trade war rhetoric as posturing, it is not without risk to restrict the flow of capital, goods and labour.

Gold’s performance in the near term is heavily influenced by perceptions of risk, the direction of the dollar, and the impact of structural economic reforms. As it stands, we believe that these factors likely will continue to make gold attractive.

In the longer term outlook, gold will be supported by the development of the middle class in emerging markets, its role as an asset of last resort, and the ever-expanding use of gold in technological applications.